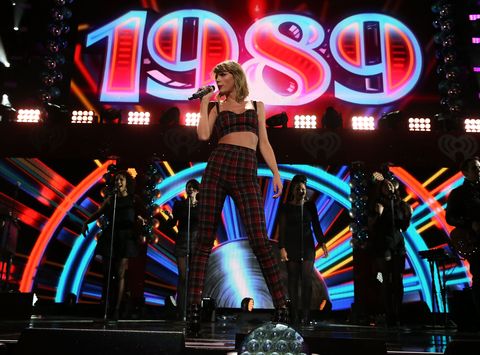 While it's obviously less convenient for Taylor Swift fans that the star pulled her music from Spotify, we know she had her reasons. And in Swift's new cover story for The Hollywood Reporter, she revealed that fellow artists are thanking her for paving the way (even if it means foregoing that $6 million pay check).

"I didn't think that it would be shocking to anyone," she explains. "With as many ways as artists are personalizing their musical distribution, it didn't occur to me that this would be anything that anyone would talk about. But I could never have expected so many text messages, emails, and phone calls from other artists, writers, and producers saying thank you."

With a roladex like Swift's (and an ever-expanding inner circle of close famous pals), we can only imagine who these grateful colleagues are. Perhaps Lorde, Beyoncé, Jay Z, Justin Timberlake, Selena Gomez, or Kendrick Lamar? And that's just to name a few...

Whichever camp you're in on the Swift/Spotify front, we love that she's opened up a heated debate about royalties in the digital age. What we also love: Swift's "Blank Space"-esque meltdown on the magazine's cover.

The Style Evolution of Taylor Swift