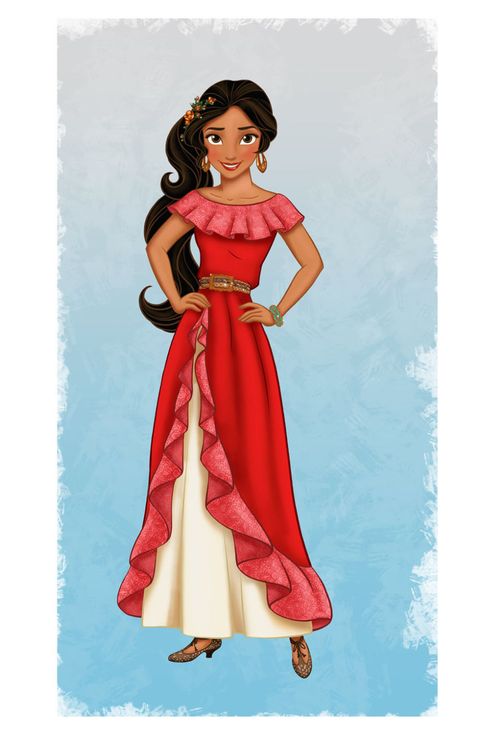 According to an announcement from the company, Elena is a "confident and compassionate teenager" living in "an enchanted fairytale kingdom inspired by diverse Latin cultures and folklore." She and her grandparents will first appear in on a special episode of Sofia the First, then later in 2016, she'll star in her own spin-off series with Aimee Carrero of ABC's Young & Hungry as her voice.

"The show will tell stories 'influenced by culture and traditions that are familiar to the worldwide population of Hispanic and Latino families, and reflect the interests and aspirations of all children as told through a classic fairy tale," Disney Junior general manager Nancy Kanter said in a statement.

As for her backstory, People reports Elena is trapped in an amulet until Sofia "sets out to restore [her] to her human form and help her return to the kingdom of Avalor." Lovely. Now how about a movie? And some Alan Menken songs? *nearly applauds at the prospect*

Your Favorite Game of Thrones Ladies as Disney Characters