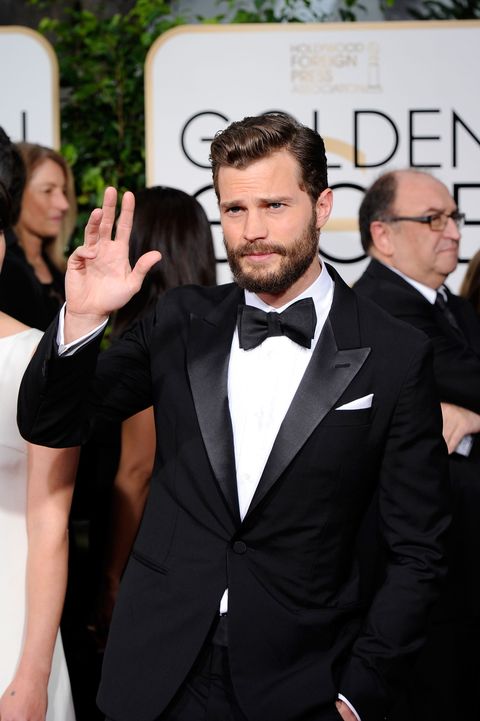 Lost puppy dog Jamie Dornan allegedly blames Dakota Johnson for failing to launch his career, but his first big post-Fifty Shades film role is nothing to sneeze at.

He'll be playing a World War II soldier/Nazi assassin in Anthropoid alongside Cillian Murphy, fellow Irishman and Tumblr prince, according to Variety. The Sean Ellis-directed thriller focuses on two Czechoslovakian soldiers who parachute into their homeland to kill Reinhard Heydrich, an SS general known as "the Butcher of Prague." No spoilers, but if you really want to know what happens, that's what Wikipedia's for.

Congrats, JDor. We get the feeling you won't have any complaints about this costar.