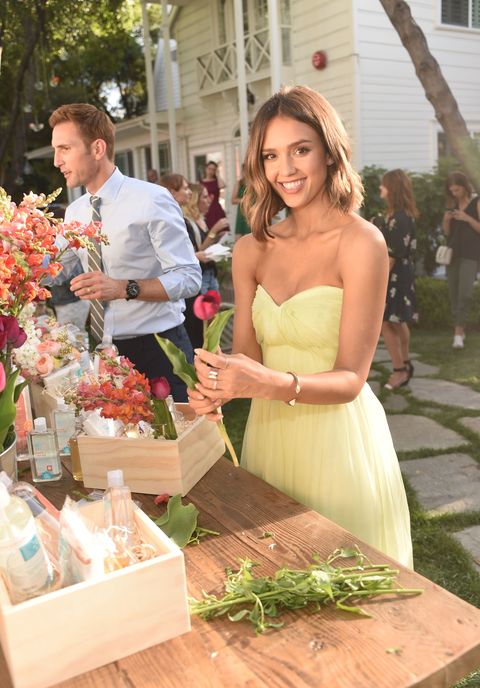 Update, 5/28: If you're excited about all the star cameos in Entourage, you're not alone. And some of our favorites from the show are back—including Jessica Alba. The actress shows off some comedic chops in this new clip of a scene with Ari Gold (played by Jeremy Piven), after he still hasn't green-lit her passion project—oh, and she's dealing with a director who just wants to Instagram her ass. Watch her get real with Gold below:

Picking up where the HBO series left off, the film follows Vince and the gang as they climb the ladder in Hollywood—and with Ari Gold as the new head of a movie studio, things are about to get even bigger and crazier.

Catch the trailer below (skim to 1:40 to catch all the cameos) and see the film in theaters on June 5.

Samantha Leal Senior Web Editor I'm Sam, the senior editor at MarieClaire.com.
Advertisement - Continue Reading Below
More From Culture
How the 'To All the Boys 2' Soundtrack Was Made
Does 'Bachelor's Madison Prewett Self-Eliminate?
Advertisement - Continue Reading Below
How Much Does 'The Bachelor' Make?
Tales of a Hollywood Con Queen
Who Will Be on 'Bachelor in Paradise' in 2020?
When Will 'The Bachelor' Women Tell All Air?
'The Bachelor' Has Already Finished His Season
The Very Best Rom-Coms of All Time, Ranked
An Investigation Into the Next 'Bachelorette'
The Best Korean Dramas to Get You Hooked