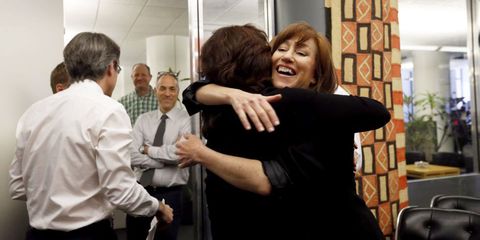 Today marked the announcement of one of the most prestigious awards for writers and journalists in America: the Pulitzer Prize. This year, six women won individual awards, which is a fantastic feat—the last time that happened was all the way back in 2010. Last year, only one woman won in the journalism category, and the year before saw an all time low of no women at all.

According to the official site, the winners are as follows:

Congratulations to all of these badass women, whose work we admire and aspire to.

Why I'll Never Work for a Man Again