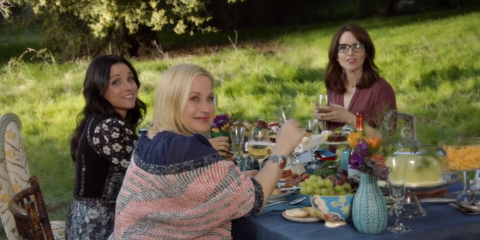 Last night, on the season three premiere of Inside Amy Schumer, some of our favorite funny women discussed a very important topic: fuckability—namely, an actress's last fuckable day. "In every actress's life, the media decides when you finally reach the point when you're not believably fuckable anymore," explains Julia Louis-Dreyfus. When is that point exactly? Well, no one ever tells you, but it's when you go from playing Tom Hanks' love interest to his mother (à la Sally Field), your character is competing with another woman to sleep with Jack Nicholson, or Selena Gomez is cast in the remake of one of your Oscar-winning films.

Meanwhile, guys like Bruce Willis are still out there marrying baby lambs 24 years their junior. Watch the hilarity below:

Amy Schumer Pranked Kim and Kanye at the Time 100 Gala, It Was Glorious