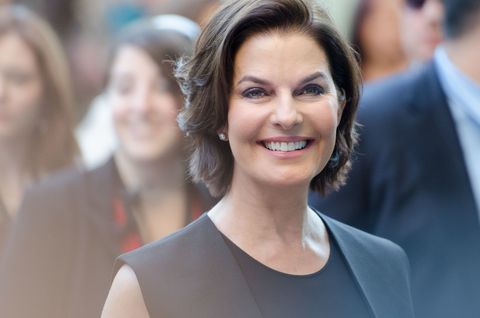 Perhaps this is a case of art imitating life imitating art? According to Deadline, we will get our 2016 female President—now that Sela Ward has taken the role as leader of the free world in Independence Day 2.

The actress joins the sequel to the 1996 film along with original stars Jeff Goldblum, Bill Pullman, and Vivica A. Fox, plus newbies Liam Hemsworth and Charlotte Gainsbourg. (Unfortunately, Mae Whitman won't be returning—and everyone is very upset about it. But maybe just looking at Liam's face will make people feel better?)

In any case, not much is known about Ward's character, but here's hoping she gets more than just a stern speech and a wardrobe of pantsuits.

America, Rejoice: The 'Veep' Season 4 Trailer Is Here and It Is Perfection