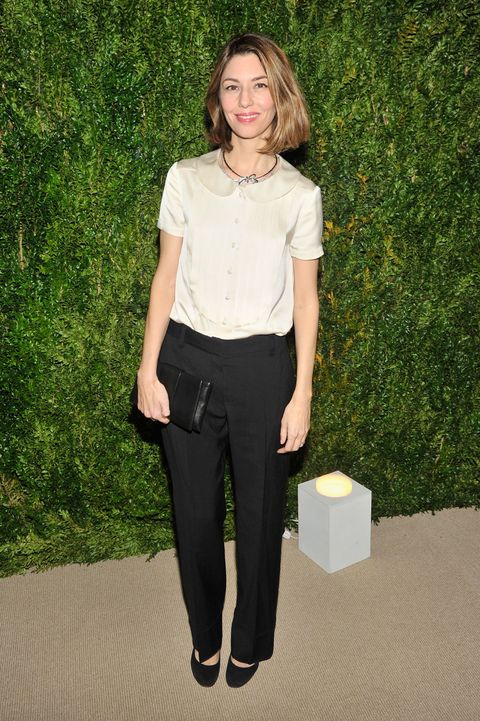 Back in March, we were so elated by the news that Sofia Coppola would be directing a live-action depiction of The Little Mermaid, we basically casted the whole d*mn thing, with Linsday Lohan, Anna Kendrick, Rihanna, and more duking it out for the role of Ariel.

But alas, we've just learned that Coppola has dropped out of the production citing "creative differences," according to Deadline. While Universal Pictures and Working Title Films will continue on with the project—with Tim Burton favorite Caroline Thompson working on the rewrite—anyone who's been enchanted by Coppola's work (The Virgin Suicides, Lost in Translation, Marie Antoinette) knows her departure marks a major upset.

The good news? She recently wrapped up her Netflix project A Very Murray Christmas, an homage to the classic variety show that she directed and wrote with Bill Murray and Mitch Glazer. The cast includes George Clooney, Chris Rock, Amy Poehler, Miley Cyrus, Danny McBride, Maya Rudolph, Rashida Jones, Rick Ross, and more. So, yeah, that's a consolation prize if we've ever heard one.

At least we'll always have the Funny or Die parody. (*Cries*)

Lauren Valenti Associate Web Editor I’m the associate web editor at Marie Claire.
Advertisement - Continue Reading Below
More From Culture
Jennifer Lawrence Will Star In a Netflix Film
Who From Bachelor Nation Will Be on the 'Games'?
Advertisement - Continue Reading Below
The Best Romantic Films of the Year (So Far)
An Investigation Into the Next 'Bachelorette'
Mindy Kaling & Priyanka Chopra Team Up
How the 'To All the Boys 2' Soundtrack Was Made
Does 'Bachelor's Madison Prewett Self-Eliminate?
How Much Does 'The Bachelor' Make?
Tales of a Hollywood Con Queen
Who Will Be on 'Bachelor in Paradise' in 2020?