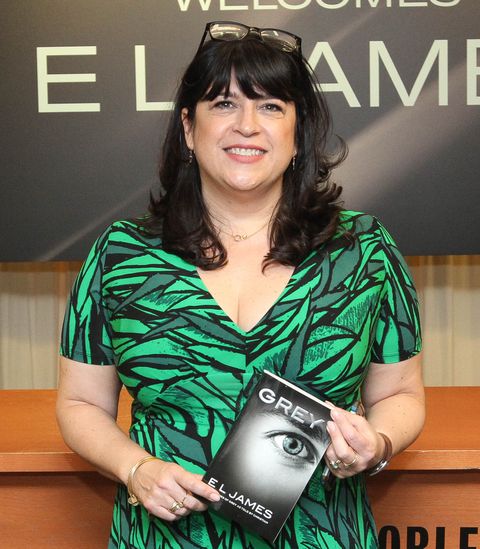 From the mind that brought you "She has a fresh, wholesome fragrance that reminds me of my grandfather's apple orchard," comes another literary masterpiece.

In a press release accompanyingGrey, which also contains the line "I want to make you come like a freight train, baby," the author formerly known as Snowqueen's Icedragon discusses the sexy—but kind of distracting—voices in her head.

"The characters are always with me," James said. "I might be out and about and spot something I think Christian or Ana might like...and then they start bickering and bantering. It's tricky because I've been writing something else too, so it gets pretty crowded in there."

Have we not suffered enough? Maybe it's a textbook? To be published exclusively in Estonian? *makes cross with fingers* God save us.

Chelsea Peng I'm Chelsea Peng, the assistant editor at MarieClaire.com.
Advertisement - Continue Reading Below
More From Culture
Heart-Pumping Action Movies Coming Out This Year
The Best TV Shows on Hulu Right Now
Advertisement - Continue Reading Below
The Documentaries You Can't Afford to Miss in 2020
'Killing Eve' Season 3 Review: What's Old Is New
A Super Pink Moon is Coming April 7
Pre-Order These Amazing Books Coming Out in 2020
The 8 Best Rom-Coms of 2020
Got 10 Minutes? Here's What to Watch on Quibi
We Could Be Getting More 'Tiger King'
HBO Is Making Iconic Shows & Movies Free to Watch