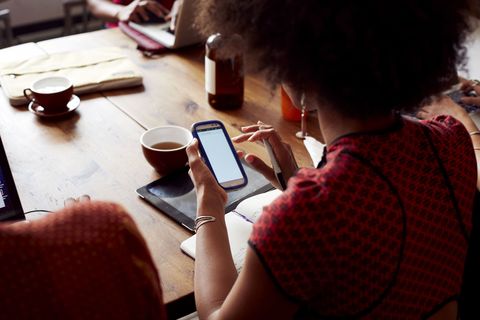 —The struggle in Charleston is far from over—in the weeks following the shooting of nine victims at Emanuel AME Church, six other predominantly black churches have been burned in suspected acts of arson. (Washington Post)

—You're gaining a second today, thanks to scientists adding a "leap second" to the atomic clock in order to match up with Earth's revolution around the sun. Use it wisely. (Wired)

—The first semifinal game of the Women's World Cup is taking place in Montreal. The United States team is ranked second in the tournament, and will play Germany—ranked first—at 7 p.m. EST. (New York Times)

—President Obama wrote an essay for the Huffington Post about his plan to extend overtime pay to an additional 5 million workers. (Huffington Post)

—Katy Perry is attempting to buy a former convent to use as a home for herself, her mother, and her grandmother, but the nuns are none too pleased. According to reports, her Super Bowl halftime show was a bit too risqué for their taste. (People)

Getty Images
This content is created and maintained by a third party, and imported onto this page to help users provide their email addresses. You may be able to find more information about this and similar content at piano.io
Advertisement - Continue Reading Below
More From Culture
The 'Who Killed Sara?' Cast: Your Complete Guide
The 'Paradise City' Cast Plays Trivia
Advertisement - Continue Reading Below
Sad Movies for When You Need a Good Cry
What Happens When Prince Philip Dies?
Photos of Prince Philip with His Grandchildren
The Queen and Prince Philip's Marriage Timeline
'Too Hot to Handle' Is Coming Back This Summer
The New Netflix Original Films You Can't Miss
The Good and the Bad of Mom Influencing
Is Concrete Cowboy a True Story?