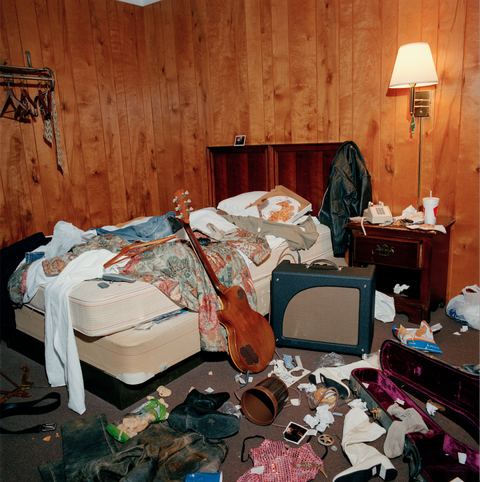 Those sexist men who harass women online? A new study proves they're not only losers to most, but they're also *actual* losers—in that they're terrible gamers and poor sports.

Researchers Michael Kasumovic and Jeffry Kuznekoff at the University of New South Wales and Miami University studied how men interacted—and treated women—while playing Halo 3. They observed that the better a male player was, the more likely he was to pay compliments to others—including women. The players who sucked? They're the ones who made frequent, nasty comments to female gamers.

"As men often rely on aggression to maintain their dominant social status, the increase in hostility towards a woman by lower-status males may be an attempt to disregard a female's performance and suppress her disturbance on the hierarchy to retain their social rank," Kasumovic told The Washington Post.

In other words: Bullies are just sucky humans who are insecure. And women, unfortunately, still bear the brunt of it.

Giphy
This content is created and maintained by a third party, and imported onto this page to help users provide their email addresses. You may be able to find more information about this and similar content at piano.io
Advertisement - Continue Reading Below
More From Culture
'Behind Her Eyes': Is Astral Projection Real?
The Book-to-Movie Adaptations to Catch This Year
Advertisement - Continue Reading Below
The Best Easter Egg in 'Behind Her Eyes'
Breaking Down the Ending of 'Ginny & Georgia'
68 Movies That Are Just Fully About Sex
Could 'WandaVision' Get a Second Season?
Is Wellsbury From 'Ginny & Georgia' a Real Place?
People Have a Lot of Feelings About 'I Care a Lot'
The World According to Billie
Will There Be a Season 2 of 'The Queen's Gambit'?