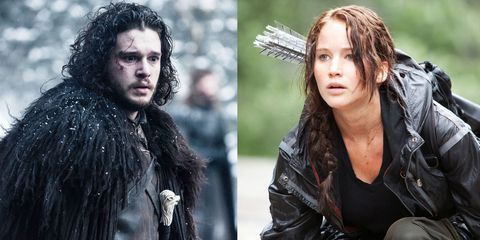 As proven by that time George R.R. Martin stabbed a portrait of Ned Stark to the melody of "Blank Space," there's no mashup like a Game of Thrones mashup.

In this latest compilation, which features scenes cherry-picked scenes from GoT and the Hunger Games, YouTuber David Elmaleh creates a blood feud between Katniss Everdeen and Jon Snow, who is totally still alive no matter what anybody says. There are battle speeches. There is sword fighting. There is also an arrow loosed into the chest of one's beloved.

Watch the video below, then sit tight as the fan theories roll in.