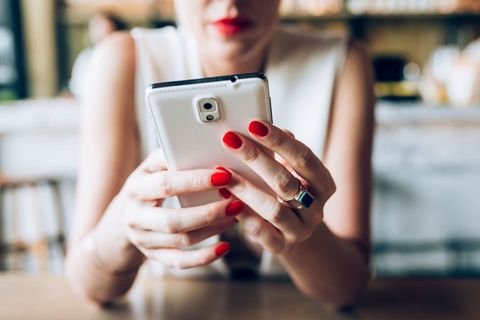 Get ready—there are a whopping 72 new emojis coming to your keyboard this month in a massive update that is happening way earlier than we expected. It was being reported that changes wouldn't be coming until 2017, but then someone decided that was way too late in the game so here we are! The Unicode Consortium—a non-profit that regulates standards for text online but sounds like a branch of the CIA— made the announcement this week.

They even gave a sneak peek at the 77 emojis they'll be narrowing down their selection from. And they are everything you hoped for and more, including an avocado, bacon, and a selfie arm. There are more animals, like a gorilla, a shark (just in time for Shark Week!), and a shrimp. Your food convos are about to be taken to the next level with a pickle, a potato, dumplings, bacon (finally!), pancakes, and a croissant. There are some surprises like a lying face (complete with Pinocchio nose), Mother Christmas (just go with it), and a sneezing face. Plus lots of Olympics-ready figures like medals, wrestlers, a fencer, a goal net, and a martial-arts uniform. And apparently they are also considering bringing to life a lot of your favorite Internet phrases, like face palm and rolling on the floor laughing.

All we can say is—blessed. 🙏