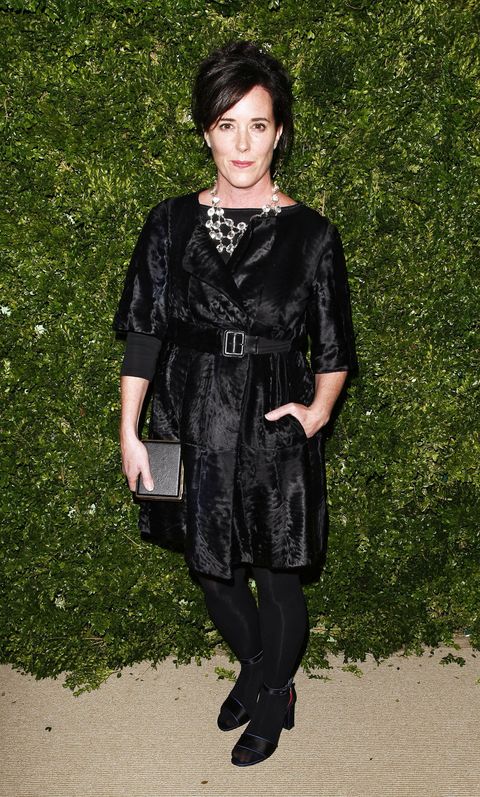 Kate Spade became a household name when she launched her eponymous fashion line with her husband Andy Spade in 1993. Now the couple is starting a new line, and Kate is changing her last name to match her new brand: From here on out, she'll be Kate Valentine.

The designer and her husband, who will remain Andy Spade, talked to Business of Fashion about their new line, Frances Valentine, and Kate's name change.

"It kind of makes [me] sound kind of cool, like a rap star or something," Valentine told the outlet. "But we're not trying to be cheeky or coy. It really was to distinguish the name, and separate the two worlds. Obviously we're super proud of Kate Spade and we want to be respective of both."

Valentine also explained that her new surname is a family moniker—so it's not totally random.

The couple no longer own their famous original venture, Kate Spade New York: They sold it in 2006 to Liz Claiborne, Inc. And, according to BoF, their new accessories line will launch later this month.