Today's Top Stories
1
Professional-Grade Kits for Gel Nails at Home
2
Single Parenting and the Pandemic? No, Thanks.
3
Top and Skirt Sets That Make Getting Dressed Easy
4
Kim Wall Was So Much More Than a Headline
5
On Becoming a Doctor During Two Epidemics
Getty Images

In All I See Is You, Blake Lively portrays a blind woman named Gina, whose life changes completely after she regains her sight through surgery. "It’s the performance that I’m most proud of," she told Vanity Fair, but it required filming partial nudity, something the actress has avoided thus far. 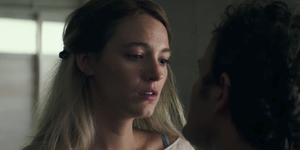 Watch the Trailer for Blake Lively's Next Film

Lively apparently almost didn't get to read the script, since her team assumed she wouldn't want to film the nude scenes and director Marc Forster seemed unwilling to remove them, VF reports. But she was openminded about the role. "I thought well, he’s not unmoving. Let me read it and if it’s great, then I’ll [talk] him out of it," she said.

However, Lively fell in love after reading the script. It turns out the scene with partial nudity was so well written that it changed the way she thought about stripping down for the screen.

"I always find nudity distracting," she told the site. "I’m very in love with my husband, but if there’s a pair of boobs out, I’m a human being! You’re like 'boobs!' It doesn’t mean I’m lusting for them, [but] when there’s naked boobies, you look at them." (Related: Lively's breasts do not actually appear in the movie.) 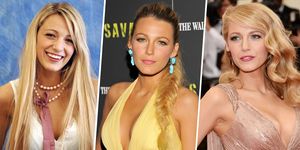 In addition to appearing partially naked on-camera, other challenges during filming included consulting with blind friends to accurately portray her character's struggle with sight, experimenting with blackout glasses, and shooting 19-hour workdays.

All I See Is You is in theaters October 27.