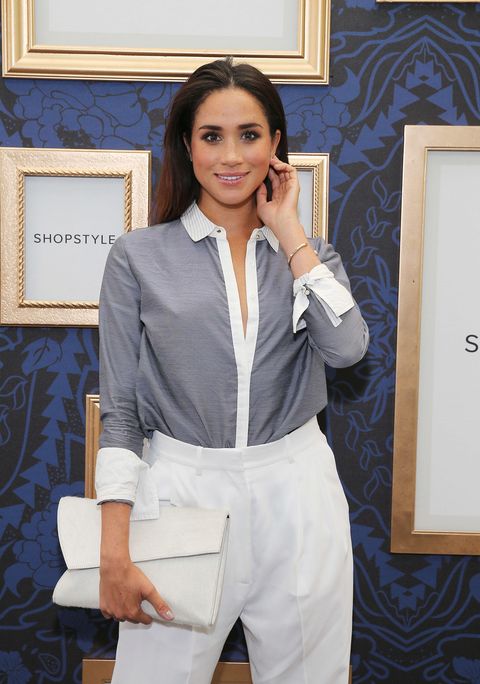 Meghan Markle has just finished filming Suits and flown to the U.K. to be with Prince Harry, her boyfriend of over a year, as news of a royal engagement is expected to be announced any day now.

The actress was reportedly spotted flying to London from Toronto following claims that she and co-star Patrick J. Adams—who play on-screen couple Rachel Zane and Mike Ross in the hit legal show—won't be reprising their roles for the next series.

Markle has been traveling back and forth from Toronto to London to stay with the 33-year-old royal at Kensington Palace, amid rumors that she could be about to move to the capital with Harry full-time.

The 36-year-old star was expected to attend Serena Williams and Alexis Ohanian's lavish New Orleans wedding over the weekend, but was ultimately tied up with filming commitments.

Harry and Meghan recently made their first public appearance as a couple at the recent Invictus Games, and appeared to break royal protocol by holding hands.

Here's to a royal engagement before the year ends...