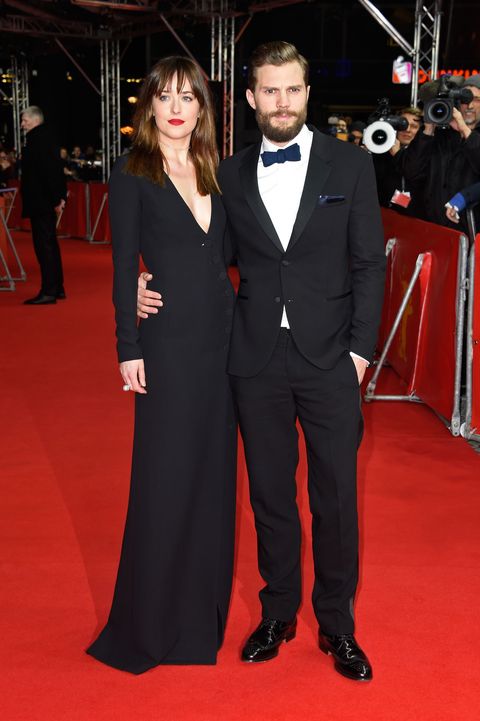 Getting right down to it, one of the first scenes Jamie and Dakota Johnson (Anastasia Steele) appear to have filmed—at least out in public, because we'll never get paparazzi teasers of what's happening in the Red Room, unfortunately—was a hot kiss scene. Because Fifty Shades never fails to deliver.

Look at that jawline! Look at that well-groomed scruff! Look at the way there's a hint of a smile on Jamie's lips, and he's managing to smile with his eyes also even while they're closed, because he's back in Ana's arms and that's how things work when you're in love with your sub. Ugh, it's all just so perfect.

Jamie and Dakota also filmed a scene in which Ana is described as "distraught," which isn't saying much when it comes to Ana and her emotional inner goddess, really. She's also wearing Ugg boots, so yeah, it's not so perfect:

But isn't it just wonderful that we're going to have photos to overanalyze for the next few months?! At least, it'll make the wait until February 2017 (!!!) go a little bit faster.