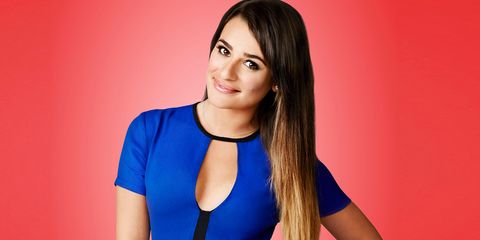 Lea Michele took the stage on American Idol for a duet with with Ada Vox this week and her performance has Glee fans feeling very nostalgic.

Lea and Ada belted out the show-stopping song "Defying Gravity" from the Broadway musical Wicked and left everyone in the audience, including American Idol judges Katy Perry, Lionel Richie, and Luke Bryan, completely in awe. At one point, Richie couldn't stop himself from saying, "Oh god, it's so good."

SO. GOOD. It was also a huge moment for Ada, who proved she could hold her own alongside a pro like Lea, all while singing one of the most vocally-demanding songs out there (Idina Menzel, who voiced Elsa in Disney's Frozen, sang the iconic song in the original Broadway show). Listen for yourself below:

Watching @AmericanIdol now!!!! My girls @AdaVox and @Jurnee are so unbelievable! This was such a dream come true!!! ❤️❤️❤️

The next morning, she tweeted again about the performance, along with a clip:

Had an amazing time on @AmericanIdol last night! If you missed it you can watch the performances now https://t.co/C37AJZiwXR

Lea famously performed the song on Glee, during one of the show's most memorable numbers. In the Glee version, Lea was accompanied by her costar Chris Colfer. Grab a sweater, because both versions will give you chills.

Lea's appearance on American Idol comes ahead of her co-headlining tour with fellow Glee alum Darren Criss. During an interview with Ellen DeGeneres, Lea revealed that she and Darren will perform "some Glee stuff, some Broadway stuff" during the tour, in addition to their original material. Um, yes please.