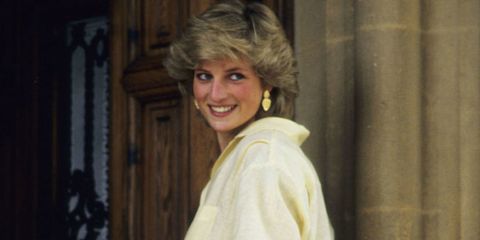 Diana's confidante and butler of ten years, Paul Burrell, recently opened up about the last conversation he had with the "the people's princess" before she tragically died in Paris on August 31, 1997.

On Celebrity Big Brother, Burrell revealed that prior to leaving for Paris, where she was killed in a car crash, at the side of Dodi Al-Fayed, she seemed morose.

He shared that she she was surrounded by "desperation" and "loneliness." Before she departed, she asked him, "You will be there when I get back won't you?" in a dejected tone that concerned him.

In his tell-all book, The Way We Were, Burrell added that although it was suspected that Dodi and Diana had a great romance, that was mere speculation.

"The true love of her life, her soul mate, was a heart surgeon called Hasnet Khan," Burrell told ABC News. "She met him while she was visiting someone in the Royal Brompton Hospital. The elevator was about to close and someone stuck their foot in it. The doors opened and she looked into his eyes and said, 'I knew there and then.'"

Ironically, Burrell says that Khan was "the one man that could have helped her the day she died." A few days after her car accident, Khan called him, devastated, saying that he wish he had the chance to perform the procedure on her ruptured aorta.

Brie Schwartz Deputy Editor, OprahDaily.com As deputy editor, Brie oversees OprahDaily.com's lifestyle content including beauty, style, health, and relationships.
This content is created and maintained by a third party, and imported onto this page to help users provide their email addresses. You may be able to find more information about this and similar content at piano.io
Advertisement - Continue Reading Below
More From Celebrity
Princess Beatrice Has Given Birth to a Baby Girl
Gigi Hadid's Mom Shared Sweet Pics of Khai
Advertisement - Continue Reading Below
Kate & Will Probably Won't Have a Fourth Child
Ben & Jen Plan to Spend the Holidays Together
Kate & Will Are "Anxious" About Harry & Meghan
Mandy Moore Calls Breast Pump Emmy's MVP Accessory
Royal Nanny to Get Damages from Interview Scandal
Prince William and Kate Will Focus on Work in 2022
Kate Middleton Shares Prince Louis's First Words
Prince Charles Shares Final Exchange With Philip