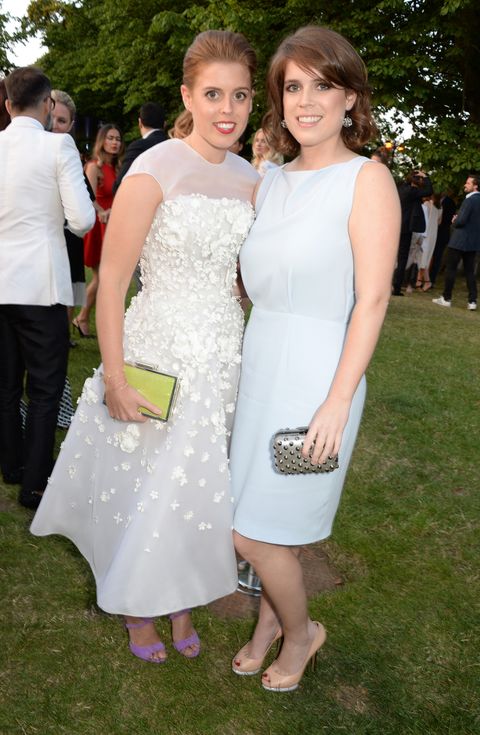 In just a few short days, we'll be treated to the second royal wedding of 2018, when Princess Eugenie marries Jack Brooksbank on October 12. Like her cousin, Prince Harry, Eugenie will walk down the aisle at St. George's Chapel in Windsor.

While Eugenie's big day is (naturally) being widely compared to Prince Harry and Meghan Markle's May wedding, the royal isn't all that concerned. In an interview with British Vogue, she revealed that she's focused on what really matters about her wedding day — starting her future with her person.

"I’m not stressed at all," she explained to the magazine in a joint interview with her sister, Princess Beatrice. "It’s very nerve-wracking because you want it to be perfect but then you realize that you’re going to be with the person you love forever and nothing else really matters."

During the interview, Eugenie also took a moment to address Instagram and the general image of perfection it promotes — which is only amplified when you're following literal royalty. As one of the few royals on the platform, Eugenie is well aware of that fact.

"It’s so easy to recoil when you see a perfect image, but it’s important that it’s real. We’re real," she said, referring to herself and her sister, Beatrice.

Eugenie's latest Instagram post is totally in that spirit — of both sisterly realness and wedding prep. It's a picture of her and Beatrice when they were bridesmaids as kids:

"#tbt sisterly love 💕," Eugenie captioned the sweet pic. The bridesmaids at Eugenie's own wedding will be Princess Charlotte (of course), Theodora Rose Williams, and Maud Windsor.