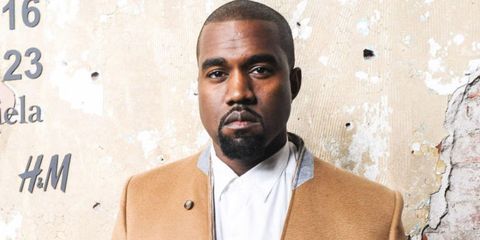 As Kanye West continues to recover at a Los Angeles hospital, TMZ has released a new report on one major event leading to the hospitalization. Sources claiming to be "very close" to the rapper tell the site that he suffered a "nervous breakdown" triggered by the anniversary of his mother Donda West's death. Donda died of heart disease after suffering from post-surgery complications Nov. 10, 2007. Her funeral was held 10 days later. As TMZ points out, the anniversary of the funeral is the same day Kanye canceled his show at the Forum in L.A. The rest of his "Saint Pablo" tour was canceled the following day—the same day he allegedly suffered the breakdown and checked into UCLA Medical Center. The sources add that Kanye has also been suffering from a "shocking" lack of sleep, pressures of being on tour, running his business, parenting two young children, and providing emotional support to Kim following her Paris robbery.

In May, Kanye shared a sweet tribute to Donda on Mother's Day, along with a photo of something he found in storage.

He also honored her on her birthday in July.

TMZ previously reported that Kanye was due to go home under the care of his personal doctor Monday, but sources have since told the site that he is "still not stable" and that no release date has been set.

This content is created and maintained by a third party, and imported onto this page to help users provide their email addresses. You may be able to find more information about this and similar content at piano.io
Advertisement - Continue Reading Below
More From Celebrity
See Kate Middleton's Subtle Environmental Look
Prince George "Adored" Seeing Dinosaur Fossils
Advertisement - Continue Reading Below
Kate Middleton Borrows The Queen's Fashion Trick
Princes Charle and William "Competing" Over Causes
Lilibet May Be Christened in California After All
The Sweet Family Photos in Prince William's Office
Royal Family Members Can’t Eat Pasta or Potatoes
Prince George Is an Environmentalist, Too
Salma Hayek Looked Super Hot in Leopard Print
Britney Spears Just Trolled Justin Timberlake