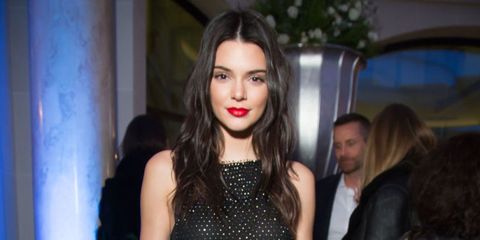 This week, news broke that Kendall Jenner had been robbed of $200,000 worth of jewelry. According to early reports, Jenner had been out of the house all day Wednesday and had come back in the evening. TMZ reported that it was several hours before she realized anything was amiss and that it was only when she went to her bedroom around 1 a.m. that she noticed she was missing thousands of dollars worth of jewelry and called the police.

Now, new reports suggest that the initial story was inaccurate. TMZ now reports that Jenner hosted a party with several friends on Wednesday night and left for about an hour around midnight, leaving her guests at her home. When she returned, she realized her jewelry box was open and called the police.

As TMZ notes, if the person who stole the jewelry was a party guest who was invited into Jenner's home, the crime wouldn't technically be a burglary, just a theft.

Jenner has reportedly dismissed her body guard, who was apparently stationed outside her home when the theft occurred. According to TMZ, Jenner's home has surveillance cameras and police are hopeful that the footage will be helpful in the investigation.

Kayleigh Roberts Kayleigh Roberts is the weekend editor at Cosmo, focused on celebrity news and royals.
This content is created and maintained by a third party, and imported onto this page to help users provide their email addresses. You may be able to find more information about this and similar content at piano.io
Advertisement - Continue Reading Below
More From Celebrity
Emma Watson Stunned at the Earthshot Prize
Kate "Didn't Have Much Energy to Bond" With Meghan
Advertisement - Continue Reading Below
Blake Lively Trolled Ryan Reynolds Again
Kourtney Kardashian and Travis Barker Are Engaged!
See Kate Middleton's Subtle Environmental Look
Prince George "Adored" Seeing Dinosaur Fossils
Kate Middleton Borrows The Queen's Fashion Trick
Princes Charle and William "Competing" Over Causes
Lilibet May Be Christened in California After All
The Sweet Family Photos in Prince William's Office