Today's Top Stories
1
The Best Red Carpet Looks at the 2021 Emmys
2
The Future of Women and Work
3
Kate Middleton Shares Prince Louis's First Words
4
These Goats Could Help Save California
5
Is Olive Oil the Key to Ridiculously Good Skin?
This content is imported from Instagram. You may be able to find the same content in another format, or you may be able to find more information, at their web site.

E! Online reports that Kendall and Kylie Jenner now have a "very strained" relationship with Caitlyn because of all the drama over her controversial memoir. On last Sunday's Keeping Up With the Kardashians, Kendall talked about how, essentially, she believes the book is a web of lies weaved by a lying liar who lies—AKA Caitlyn.

Now, E! says a "source" is coming forward to share that Caitlyn's daughters have "grown distance [sic]" from her.

The source said Kendall "rarely speaks" to Caitlyn, and Kendall "is loyal to Kris [Jenner] and has very little to do with her dad. The more time that has passed, the more she feels Caitlyn has let her down with the things she has said and with her actions."

As for Kylie, the source said the social media titan is still in contact with Cait but it's strained.

"Kylie has really made an effort not to take sides and to be supportive of Caitlyn. She really wants to have a relationship with her dad, but Caitlyn has hurt Kris tremendously and it's made it very difficult," they said. 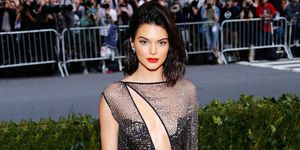 "With everyone in the family on Kris' side, it's hard on Kylie," the source continues. "She tries to keep it separate and doesn't want to discuss it with the rest of the family."And despite the makeup mogul attempting to keep the peace, not having a solid bond with their dad has impacted both Kendall and Kylie negatively. "Both girls really struggle with not being close to Caitlyn. It's left a big void in their lives to not have the father they grew up with. She was a part of their lives every single day."

Not sure what else to say but this is a bummer.

Laura Beck Laura Beck is a Los Angeles-based TV writer and frequent contributor to Cosmopolitan.com — her work has appeared in the New York Times, New Yorker, Jezebel, and the Village Voice.
This content is created and maintained by a third party, and imported onto this page to help users provide their email addresses. You may be able to find more information about this and similar content at piano.io
Advertisement - Continue Reading Below
More From Celebrity
Gigi Hadid's Mom Shared Sweet Pics of Khai
Kate & Will Probably Won't Have a Fourth Child
Advertisement - Continue Reading Below
Ben & Jen Plan to Spend the Holidays Together
Kate & Will Are "Anxious" About Harry & Meghan
Mandy Moore Calls Breast Pump Emmy's MVP Accessory
Royal Nanny to Get Damages from Interview Scandal
Prince William and Kate Will Focus on Work in 2022
Kate Middleton Shares Prince Louis's First Words
Prince Charles Shares Final Exchange With Philip
William and Kate's Children Just Love Airplanes