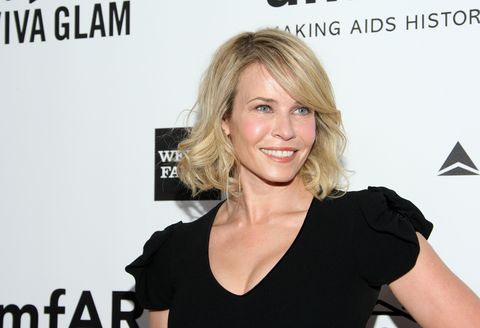 Looks like the battle to #FreetheNipple is raging on. Over the weekend, Miley Cyrus took to Instagram to post a topless photo of herself that was, as she predicted, swiftly taken down.

Chelsea Handler also continued her noble crusade against sex-based discrimination by putting up a badass photo of herself baring it all atop a snow-laden peak like a mountain goddess.

After Instagram took it down, the 39-year-old comedian retaliated by putting the following photo and victorious caption on her Twitter page:

She definitely deserves extra praise for fighting the good fight in what looks like subzero temperatures. You go girl!

From the editors of Cosmopolitan.