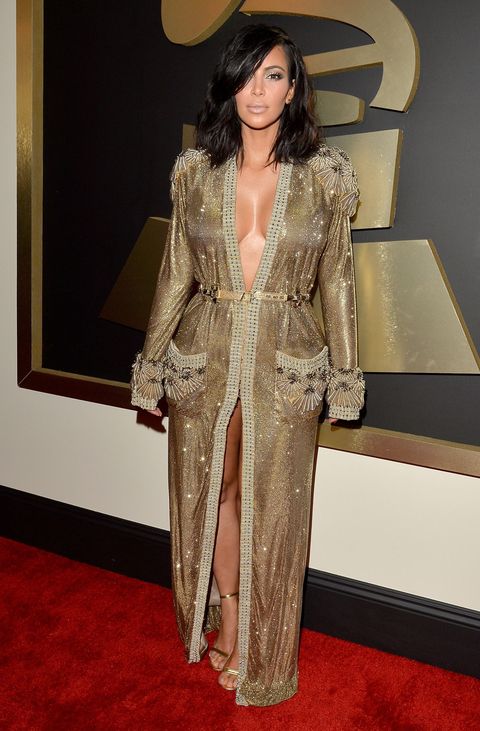 2014 may have been the year of the butt, but if the outfits at the Grammy Awards are anything to go by, 2015 will be all about the sternum.

Lady Gaga drew attention to her assets with a green amulet:

Anna Kendrick went with a classic tux—minus the shirt:

If we had to guess, we'd say Beyoncé's life is in Fashion Tape's hands right now:

Iggy Azalea, for her part, did the plunge in a relatively modest way:

Annnd then Miley Cyrus was like a polygon of nudity:

But, of course, Kim Kardashian won by wearing a dress that was V-neck on the top and the bottom.

See Every Look from the 2015 Grammy Awards

Is the Red Lip Dead? The Grammys Say So