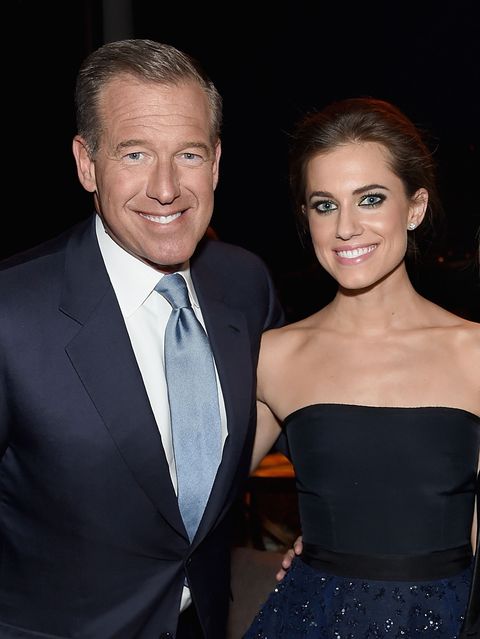 Amidst the scandal surrounding her father Brian Williams, Allison Williams has stepped out as the first member of the anchor's family to discuss his six-month suspension from NBC Nightly News for misrepresenting events that occurred while he covered the Iraq War in 2003.

During a talk Wednesday evening at the 92nd Street Y in New York City, Williams said her belief in her father hasn't been shaken, after Seth Meyers gently broached the subject.

"He's a really good man," Williams said. "He's an honest man. He's a truthful man. He has so much integrity. He cares so much about journalism. And yes, he's a really good dad, but I know you can trust him because, as any good daughter does, I have tested him on that."

She then launched into an anecdote that, coincidentally, also had to do with the Iraq War in 2003. Watch a clip from the interview below.

Chelsea Peng I'm Chelsea Peng, the assistant editor at MarieClaire.com.
This content is created and maintained by a third party, and imported onto this page to help users provide their email addresses. You may be able to find more information about this and similar content at piano.io
Advertisement - Continue Reading Below
More From Celebrity
Who Is Alexandria Ocasio-Cortez's Partner?
Did Charles, Harry, and William Mend Relationship?
Advertisement - Continue Reading Below
The Kardashians' Most Body-Confident Nude Shoots
Chrissy Teigen + Meghan Markle Spoke About Loss
Prince Harry Is Back in Cali With Meghan
Lizzo Just Shared an Unedited Naked Selfie
Queen Elizabeth's Stationery Breaks Tradition
The Queen Shares an Emotional Birthday Message
Chloe From 'Too Hot to Handle' Is in 'The Circle'
Comparing the Two Biggest Royal Weddings