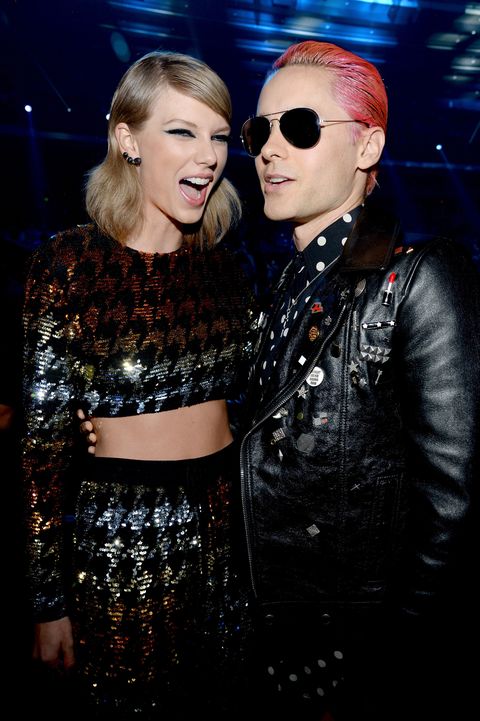 He might have made peace with the legions of Swifties calling for his head, but Jared Leto's troubles aren't over—according to the Hollywood Reporter, he's now suing TMZ for publishing the illegally obtained video in which he criticizes Taylor Swift.

"This was stolen footage," the Thirty Seconds to Mars frontman said in a statement to THR. "This was an invasion of privacy. And it was both legally and morally wrong."

In a complaint filed in California federal court, Leto said that a videographer on his retainer filmed him disparaging Swift's music and later delivered it to TMZ in exchange for $2,000. Shortly before TMZ posted the video online, the videographer, who had previously refused to sign a document confirming he owned the footage, admitted he did not have the legal right to sell it.

For now, the video remains live, but if the suit goes far, it could change how TMZ digs up its information on celebrities.

Chelsea Peng I'm Chelsea Peng, the assistant editor at MarieClaire.com.
This content is created and maintained by a third party, and imported onto this page to help users provide their email addresses. You may be able to find more information about this and similar content at piano.io
Advertisement - Continue Reading Below
More From Celebrity
Britney Spears Dedicated a Message to Her Sons
Meghan's Face "Lights Up" When Harry Walks In
Advertisement - Continue Reading Below
Kate Middleton, Millennial, Wore Skinny Jeans
'Sex and the City' Star Willie Garson Dies Age 57
Princess Eugenie's Son Got to Meet Prince Philip
Ashley Graham Is Having Twin Boys
Gabrielle Union Danced Topless at a Window
Ben Affleck Is "in Awe" of Jennifer Lopez
Princess Beatrice Has Given Birth to a Baby Girl
Gigi Hadid's Mom Shared Sweet Pics of Khai