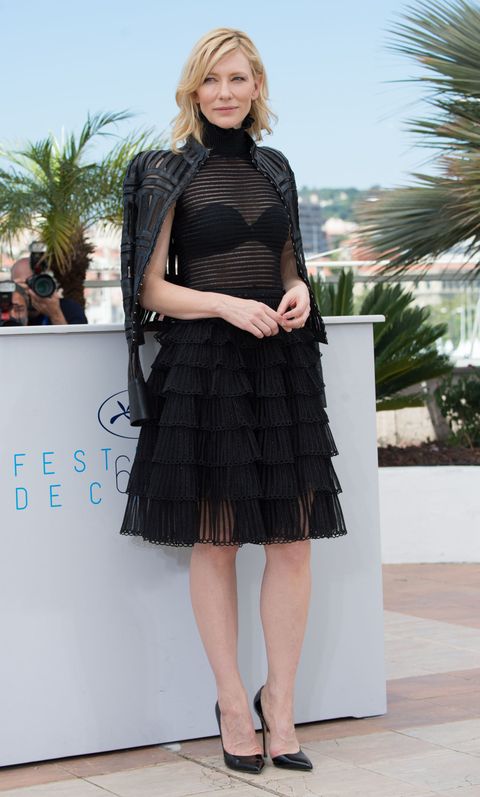 The Thor franchise just got, somehow, even much better—Cate Blanchett has now joined the cast, according to The Hollywood Reporter. We don't yet know what part she'll play (villain? Asgardian? Normal human?), but it's said to be a "badass female." Yasssss, kween.

The third installment, Thor: Ragnarok, will feature Chris Hemsworth as Thor (duh) but will also reportedly feature an appearance by the Hulk. So that's...different.

Here's hoping for a ton of Blanchett screen time, and a whole lot of Chris Hemsworth abs.

Samantha Leal Senior Web Editor I'm Sam, the senior editor at MarieClaire.com.
This content is created and maintained by a third party, and imported onto this page to help users provide their email addresses. You may be able to find more information about this and similar content at piano.io
Advertisement - Continue Reading Below
More From Celebrity
How Much Did Prince Harry Inherit From His Mother?
Amanda Gorman Says a Security Guard "Tailed" Her
Advertisement - Continue Reading Below
Meghan and Harry Share a Sweet Home Video
Harry Left Royal Family Due to "Lack of Support"
Why Prince Harry Asked the Royal Family for Help
Prince Harry: "I Think My Mum Saw It Coming"
Prince Charles "Stopped Taking" Harry's Calls
Harry & Meghan's Tell-All: Everything You Missed
Meghan and Harry's California Home: What We Know
Meghan Markle Is Having a Girl This Summer