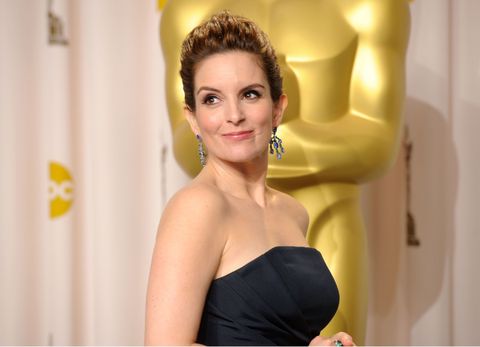 Remember that episode of 30 Rock where Liz Lemon was called the C-word and pointed out that there's no equivalent for men? "I'm not upset by cursing, I love cursing, I love it," Liz explained. "But this word is not acceptable because there's nothing you can call a guy back."

Turns out the episode was inspired by Tina's own experience working with Colin Quinn, who called her the name on a voicemail.

"I love him so much," she said on Howard Stern. "I was trying to help him with a show that he was working on, and I think his anxiety about the writing of the show spilled over. It was very random. I was like, 'What?!' He left me a message and he said that."

Statement: It's all true. I have used profanity when I've been angry at people. When I was wrong ( as with Tina) I've said sorry to them.

Er, at least he apologized? Either way, Tina seems to have moved on: "We've since reconnected, at the Saturday Night Live 40th, actually," she said. "We're good."

Moral of the story? Men, *please* stop calling women this name. It's not okay.