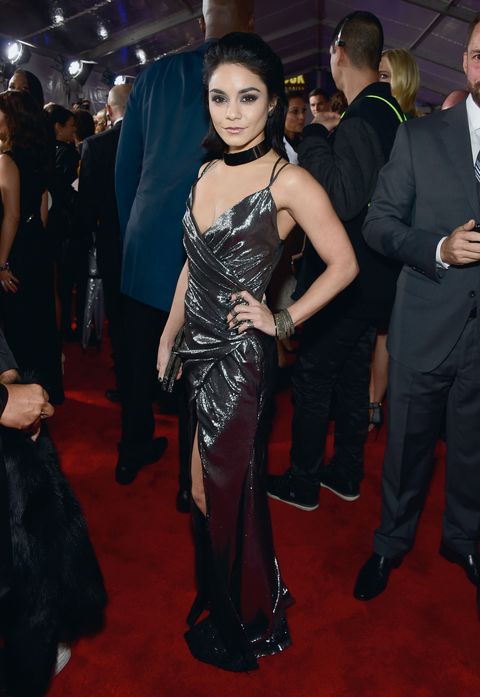 As far as the geological interests of Arizona are concerned, Vanessa Hudgens is between a rock and a hard place. But according to Variety, her *career* is only on the rise.

The publication reports that Hudgens has landed a role in NBC's DC Comics comedy pilot Powerless, in which she'll play insurance claims adjuster Emily Locke, who "finds herself increasingly exasperated by the disruptive antics of the various superheroes that proliferate her city." Oh, did we mention the show's set in the DC Comics universe? And that it's about everyday, X-ray-vision-less people?

This will be Hudgens' first regular role on a TV series, but judging by her bravura performance in Grease: Live, the opportunities will just keep rolling in.