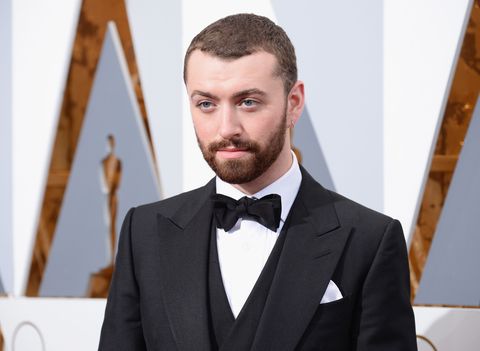 Sam Smith was clearly not trying to piss anyone off during his Oscars acceptance speech, but boy did he. After winning Best Original Song for "Writing's on the Wall", the 23-year-old singer dedicated his award to the LGBT community around the world—and mistakenly stated that he thought he was the first openly gay man to win an Oscar.

Except, he wasn't. And while many tweeted at the singer, one especially stood out: Dustin Lance Black, the Oscar winner for Best Original Screenplay for the movie Milk. As the two publicly tweeted back and forth, Smith cleared up his error before announcing his break from the platform.

Second openly gay man to win an oscar or third or fourth or 100th, It wasn't my point.

My point was to shine some light on the LGBT community who i love so dearly.

I'm logging off for a while. Some Martinis shaken not stirred are definitely in order.

You're right, Smith—martinis do make everything better.