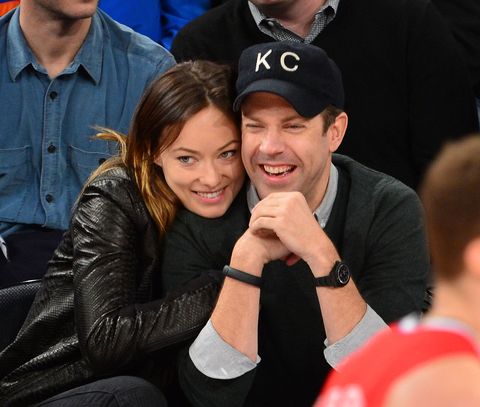 Olivia Wilde and Jason Sudeikis started dating in 2011 and haven't looked back—but their initial road to romance was somewhat lengthier than usual...mostly because Jason played the long game and played it hard.

Olivia and Jason had their first unofficial date backstage at Saturday Night Live, but he refused to kiss her until their fourth date—and that was after ghosting her to the point that she thought he was dead.

"When he got my number, he didn't text me for a month," she told Howard Stern. "I was like, 'you guys did Jason Sudeikis die? Becuase I don't have any texts.' It was kinda sweet, he literally didn't kiss me until the fourth date. He finally kissed me, and I was completely head over heels."

Even more amazing is the pickup line Jason used. Apparently, he sauntered over to Olivia during SNL, said "Whatever you're looking for, you don't need it" and then walked away.