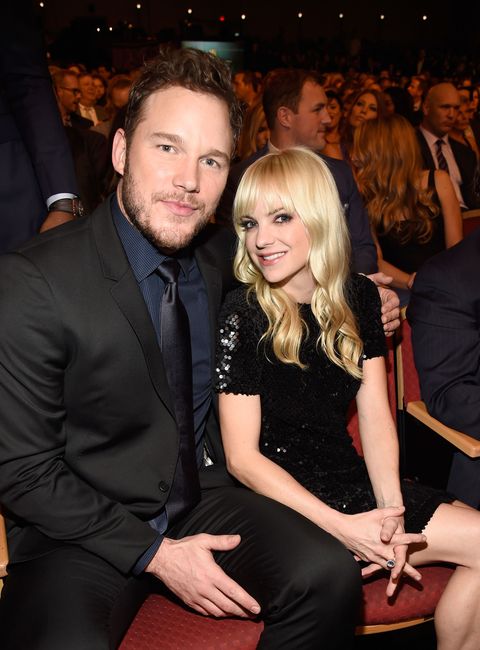 In case you needed another reason to love Chris Pratt, Anna Faris just revealed that he cried during the birth of their son, Jack. Or rather, he sobbed.

Anna and Chris welcomed Jack into the world in 2012, a pretty painful experience Anna says was made much better thanks to Chris' emotional reaction. "What makes up for whatever is happening down in your pelvic floor area, is Chris' face when Jack was being born. [It was] just unforgettable," she said during her podcast, Anna Faris is Unqualified. "He's holding my hand and he's just sobbing. I was so scared he would be turned off by the whole thing, that he'll never be attracted to me again. But I don't know, that was amazing, seeing his face."

Anna also revealed that her vaginal muscles throbbed for "like, two weeks" after giving birth, but totally worth it for Chris' happy-cry face, right?