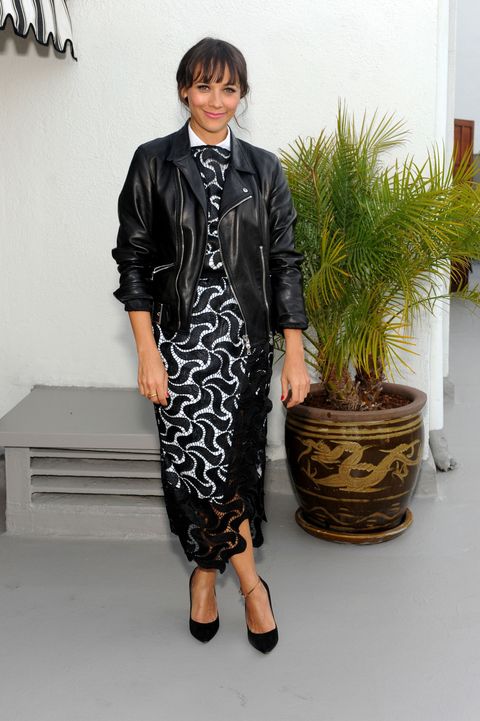 Rashida Jones isn't about to let her fame keep her from voicing her opinions—especially when it comes to politics. In the Harvard commencement speech she delivered yesterday, the actress, an alumna from the class of 1997, encouraged the students to be proactive about their stances in life.

"Young, unarmed black men are being killed in record numbers," Jones said. "States are passing laws that are systematically stripping away women's reproductive rights. A presidential candidate is encouraging us to be violent and racist, and wants to ensure that there be no gun-free zones in this country."

"Now is the time to be loud. Louder than the loudest troll on the Internet."

"I've been often told to shut up because I'm a stupid celebrity," she continued. "But you know what? I don't care. Now is the time to be loud. Louder than the loudest troll on the Internet. We need it right now. People tend to think its annoying for celebrities to be vocal about politics...but I don't care. There's too much to fight for. The equality and respect that people before us have fought for and the laws put in place to protect these things are at risk of slipping away."