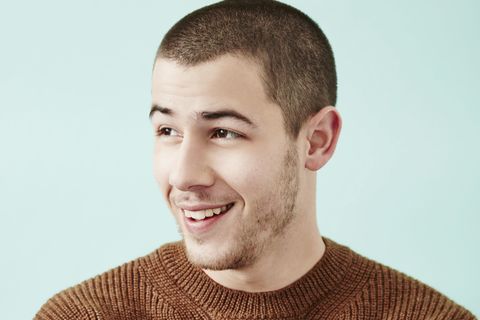 Nick Jonas, man who used to walk the hallowed halls of Disney, made an appearance on Watch What Happens Live! to discuss his sexual fetishes. Totally normal for a former purity ring-wearing boy-bander, don't even worry about it!

First of all, here are the things Nick is not into:

However, Andy Cohen was led to believe that Nick could "possibly" be into the idea of having sex with a furry (AKA a person dressed as an animal), and the singer himself confirmed that he could "maybe" get into voyeurism. Cool, cool, it's all fine, nothing to see here.

By the way, if you're in the mood to be even more traumatized, please know that Nick likes being slapped during sex and announced, "I've got a firm ass." Do with that information what you will.

This has been a Nick Jonas update. #TheMoreYouKnow.