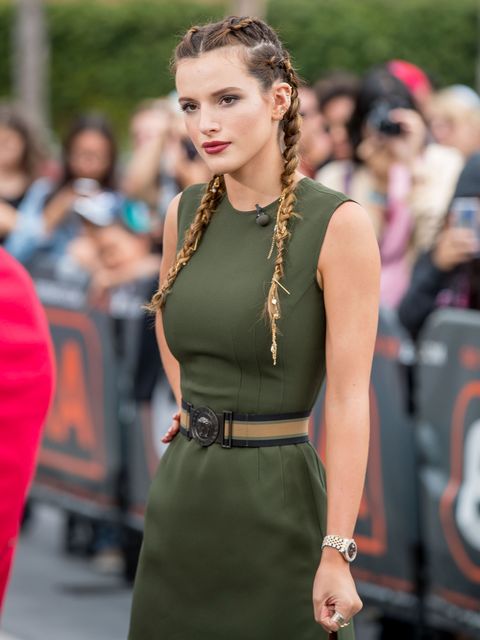 With a simple "yes" in response to a fan on Twitter, Bella Thorne has come out as bisexual. ::holds for applause:: ::holds even longer for the shippers::

Shortly after retweeting a photo of her kissing her best friend Bella Pendergast, the newly single actress thanked her followers for their support, but has not since elaborated on her answer (not that she needs to).

Aww thank you for all the accepting tweets from everyone. I love you guys ❤️❤️❤️ #pride

Earlier this month, Thorne and longtime boyfriend Gregg Sulkin announced their breakup in a joint statement to Us Weekly. "After much thought and soul-searching, we have made the difficult decision to end our relationship," they said. "We will always love each other and have a deep respect for one another, as we have each grown to be better people because of our time together. Our schedules made seeing each other difficult, and we decided that for now this would be best."