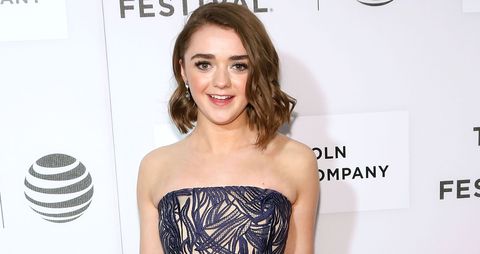 The 68th Primetime Emmy Awards are this Sunday, so naturally the nominees (which includes a lot of the cast of HBO's hit Game of Thrones), are in Los Angeles and preparing for the show.

Maisie Williams posted an Instagram of her own pre-Emmy celebration, which mostly seems to consist of holding lots and lots of water bottles. While Williams is probably referring to the notoriously warm and dry California weather, the pic also looks like perfect practice for posing with an armload of Emmy Awards, which Williams might very well have to do someday.

At 19, Williams is one of the youngest Emmy nominees ever, so she has years ahead of her to rack up enough awards to recreate this picture with trophies instead of water bottles.

"Celebrating the way any 19 y/o, emmy nominated actress would... in the state of california 💅🏼," she captioned the picture.