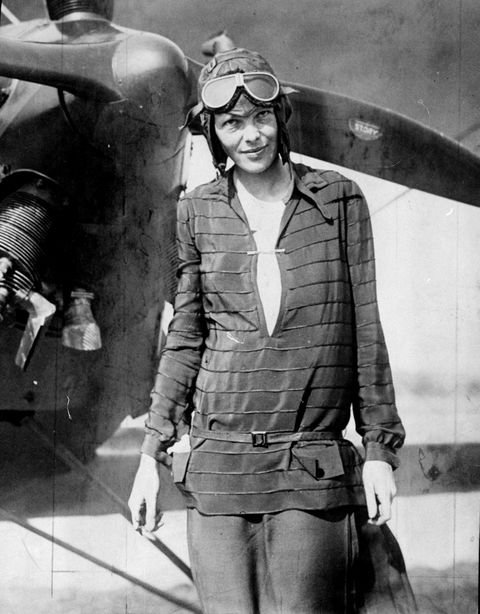 ICYMI due to not being alive yet, Amelia Earhart disappeared over the Pacific Ocean in 1937 while trying to become the first female pilot to fly around the world. No one ever found her body, and the circumstances surrounding her disappearance were a huge mystery—until now. (Insert dun-dun-duuuuuns here.)

In 1940, the skeleton of a castaway was found on Gardner Island. At the time, a doctor said the remains were male—but when re-analyzed in 1998, scientists claimed the bones were "consistent with a female of Earhart's height and ethnic origin." But wait, it gets more interesting.

Flash forward to 2016, and anthropologist Richard Jantz discovered that the skeleton's forearms were above average in length. He used a photo of Earhart to calculate her arm length, and came up with a "radius-to-humerus" ratio of 0.76—almost identical to that of the skeleton.

This isn't solid proof that Earhart died as a castaway on Gardner Island, but can we all agree that these are very exciting baby steps? Why yes, yes we can.