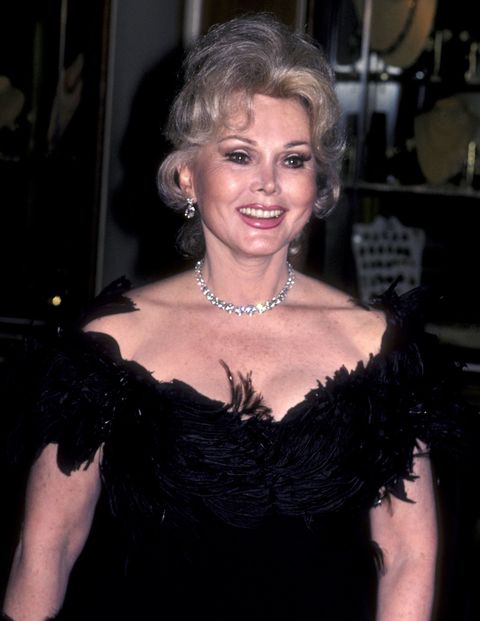 Hollywood legend Zsa Zsa Gabor passed away Sunday in her Bel Air home, Variety reports. She was 99. Her publicist, Ed Lozzi, confirmed that the actress, who had been on life support for the last five years, died of a heart attack.

Over the course of her 60-year career, Gabor was known as an actress and also as a pop culture icon. She was best known for her roles in films like Moulin Rogue and Lili. Her sisters, Eva and Madga, passed away in 1995 and 1997, respectively.

In recent years, Gabor's health had deteriorated. A 2002 car accident left her in a wheelchair and she suffered a stroke in 2005. She broke her hip in July 2010 after falling in her Bel Air home and her leg was eventually amputated above the knee, according to Variety. Still, Gabor was a fighter and hung on.

She is survived by her husband and will be truly missed.

Kayleigh Roberts Kayleigh Roberts is the weekend editor at Marie Claire, covering celebrity and entertainment news, from actual royals like Kate Middleton and Meghan Markle to Hollywood royalty, like Katie Holmes and Chrissy Teigen.
This content is created and maintained by a third party, and imported onto this page to help users provide their email addresses. You may be able to find more information about this and similar content at piano.io
Advertisement - Continue Reading Below
More From Celebrity
The Kardashians' Most Body-Confident Nude Shoots
Chrissy Teigen + Meghan Markle Spoke About Loss
Advertisement - Continue Reading Below
Lizzo Just Shared an Unedited Naked Selfie
Prince Harry Is Back in Cali With Meghan
Queen Elizabeth's Stationery Breaks Tradition
The Queen Shares an Emotional Birthday Message
Chloe From 'Too Hot to Handle' Is in 'The Circle'
Comparing the Two Biggest Royal Weddings
Kate, George, and Charlotte Were Seen Shopping
J.Lo Shares First IG Photo Post A-Rod Split