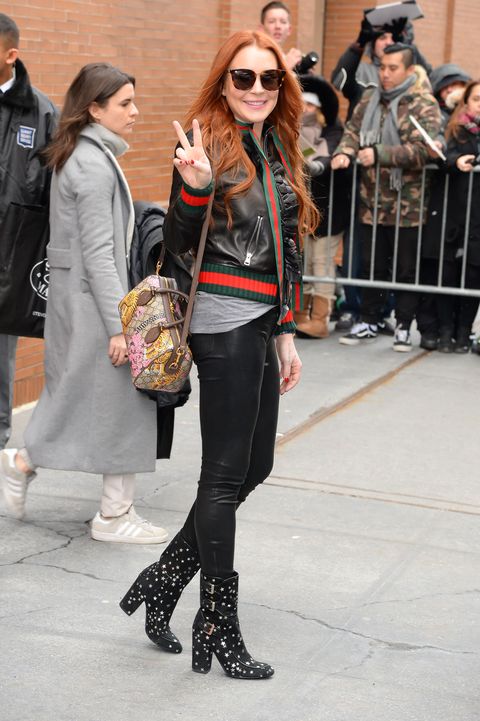 Lindsay Lohan, woman of many accents, is officially coming back to the spotlight after several years off the grid helping Syrian refugees and potentially writing a memoir.

"I love social media. I am social media," Lindsay explained on Twitter. "Everybody knows you should never leave your phone lying around—especially near me. I decided I'm going to hijack your social media—your Instagram, your Snapchat, your Facebook, your Twitter—all of it for 24 hours."

The project is reportedly being shopped around to networks, and as Entertainment Weekly notes, would be Lohan's first TV gig since Lifetime's Liz & Dick in 2012 (oh, and her Oprah documentary in 2014...can't forget about that).

Mehera Bonner Contributor Mehera Bonner is a news writer who focuses on celebrities and royals.
This content is created and maintained by a third party, and imported onto this page to help users provide their email addresses. You may be able to find more information about this and similar content at piano.io
Advertisement - Continue Reading Below
More From Celebrity
The Queen Said Grief Is the Price We Pay for Love
All of the Photos from Prince Philip's Funeral
Advertisement - Continue Reading Below
The Queen Wore This Brooch to Philip's Funeral
Kate Middleton's Nod to Diana at Philip's Funeral
Queen Elizabeth Appears at Prince Philip's Funeral
Harry Back With Will & Kate at Philip's Funeral
How Prince Harry and Meghan Honored Philip Today
40 Celeb Exes Who Worked Together After a Breakup
Iconic Party Photos From the Past
The Best TV and Movie Wedding Dresses of All Time