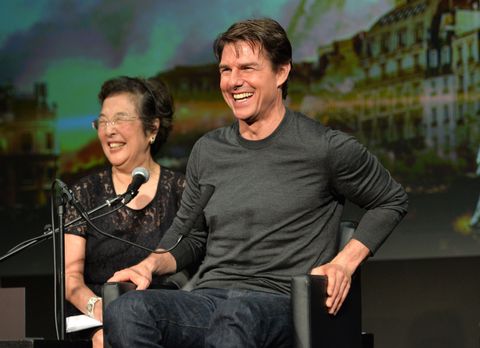 Even though nobody laughed during the latest Mummy, except maybe evilly as they thought about what score they'd give it on Rotten Tomatoes, it is good to see that, in spite of it all, Tom Cruise can still find something to giggle at. And that something is memes. Of himself. 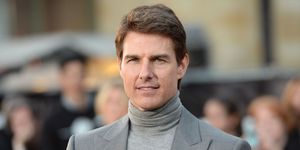 During an interview with BBC Radio 1's Ali Plumb, the noted hater of packaged cookie dough was shown some Photoshopped pics of him clinging to various things, such as Free Willy, some intergalactic tube thing alongside Darth Maul, and that perfectly spherical cat. "Why hasn't anyone shown me that before?" Cruise gasped, as he did his seasoned-movie-star laugh. "That is hilarious."