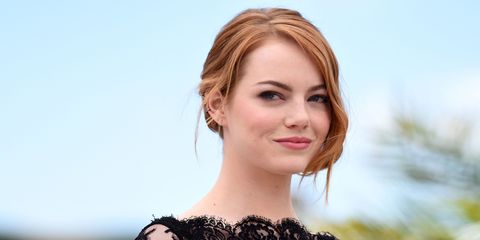 Breakups are, hands down, the worst—even when you're a celeb-level HBIC. Nobody's immune to heartbreak, not even stars. And if you're nursing a love hangover, maybe their candor about their own will help. Read on.

Hathaway has a positive outlook on her failed four-year relationship with Italian businessman Raffaello Follieri, as leading her to her now-husband Adam Shulman: "I think the thing that I have learned is that a bad love experience is no reason to fear a new love experience. But you have to be very honest at every single stage with the person about how you've been hurt, and hopefully they will be supportive about whatever it is that you have to go through...Everybody has bad relationships and, at the end of the day, they are just a great way to set yourself up for a good relationship," she stated openly in 2010.

Jennifer Love Hewitt doesn't mess around when it comes to mending a broken heart. She goes for the pout and then prosper method of getting over someone: "You can allow yourself 72 hours of wallowing time. Then you've got to get into the gym, stop eating the ice cream, and move on," she said to US Weekly in 2010.

Uma is here to remind us that sometimes healing takes time—sometimes as much time as the relationship lasted (almost). "When I was first going through my separation, someone said to me, 'It will take you half as long as you were in the relationship before you'll feel better.' And I wanted to knock them out cold across the table. Because, of course, I was in agony. And the last thing I wanted to think was that I was going to stay that way for a long time. But interestingly enough, it is over four years later—we were together eight years—and I finally feel like, cool. I feel better," she told Redbook in a 2008 interview.

Emma Stone opened up in a 2012 interview about the pain (and the mess and the punch to the gut) that we all know to be true about a first heartbreak. "I was crawling on the floor. I remember throwing up. I remember being on the floor... I have never felt anything quite like that. It was so visceral," she said. "It's like someone has killed you and you have to live through it and watch it happen. It was awful."

Moss comes right out and admits that it took her a very, very long time to get over her breakup with Johnny Depp. The supermodel dated Depp from 1994 to 1998 and told Vanity Fair in 2012, "There's nobody that's ever really been able to take care of me. Johnny did for a bit. I believed what he said. Like if I said, 'What do I do?,' he'd tell me. And that's what I missed when I left. I really lost that gauge of somebody I could trust. Nightmare. Years and years of crying. Oh, the tears!"

You would never expect the romantic crooner to be on this list of heartbroken celebs, but Bublé acknowledges that he hasn't always been Mr. Perfect in the dating department. "I was a jerk and I was careless and reckless with the hearts of women I was with. And I got my karma. I earned it. I got my butt and heart kicked and it hurt me enough that I looked in the mirror and I didn't want it to happen again," he said in 2015 of his split from Emily Blunt back in 2008.

Especially because they publicized their marriage on the MTV reality show Newlyweds: Nick and Jessica, Simpson took her very public divorce from Nick Lachey even harder.
"It was like a death in the family: you go through the mourning stage, then the rebellion, and then all of a sudden you have to find life by yourself, " she told Glamour in 2009. "I loved everything about marriage. I loved having a companion to wake up with and have barbecues with. But things happen and people grow apart. I don't really ever talk about the divorce because it was a heart-wrenching thing to go through."

Demi experienced an extreme struggle with mental health and substance abuse following the collapse of her third marriage, to Ashton Kutcher, in 2011. After multiple heartbreaks, she spilled her fear of not being able to be loved in 2012: "I used to think that what scared me was the idea of being abandoned until someone said to me, 'Only children can be abandoned. Adults can't be abandoned because we have a choice. Children don't have a choice.' So I started to rethink. 'OK, it's not that. What's the underlying thread that really scares me?' I think what scares me is not having the courage to reach my full potential."

Another surprising addition to the heartbroken celeb club, the R&B superstar shared withHipHopHollywood.com the best time to call it quits, even if it's hard to say goodbye to the person: "Breaking up is a natural evolution when you try to figure out what you want in life. If you're with an individual who isn't moving in the same direction and at the same rate that you are, it ain't going to work."

"At the time...I just wanted to crawl in my bed and die. But I got out of it the other side, I'm surviving. I kind of saw the light at the end of the tunnel," Rita Ora said back in 2015, after her split with Calvin Harris.

Lauren Conrad got practical on her blog in 2013 with a mini heartbreak survival guide: "Chances are you weren't sleeping soundly when the news of your breakup first broke. I know that I get particularly restless when I'm stressed about something or going through a tough time. Make sure you are logging in enough hours with your pillow by taking the natural supplement Melatonin, drinking sleepy time tea, or even eating sleep-inducing foods. Your red, puffy eyes will not look any better with dark bags underneath, and not sleeping will make the days ahead even more difficult than they already are. Plus, sleeping will give your mind rest from all the overthinking it has been doing and it will give you clarity about what has happened with your relationship," she shared.

Although she is over the moon with current BF Calvin Harris, things weren't always so rosy for T.Swift, as we know from her numerous albums, AKA the soundtracks to our *own* breakups. She defended her heartbreak hits, stating: "There's just been this earth-shattering, not recent, but absolute crash-and-burn heartbreak, and that will turn out to be what the next album is about. The only way that I can feel better about myself—pull myself out of that awful pain of losing someone—is writing songs about it to get some sort of clarity."

Longoria has dealt with a few public breakups, including her marriages to soap opera star Tyler Christopher and NBA star Tony Parker. "The truth is, I should be angry, resentful, and disillusioned about relationships. But I'm not," she said in 2011. And it's a good thing Eva didn't give up on love: she's currently engaged to Mexican television mogul Jose Antonio Baston, whom she believes to be her soulmate.

"My life is so extreme right now. My life basically blew up in my face," Gwen admits about her divorce from husband of 13 years Gavin Rossdale. "And now I'm in this new life, and it's pretty awesome I have to say—I'm so inspired. Everything just feels new. I just feel inspired. I don't know how else to describe it. On the way into the studio the first time, I didn't want to go. I wanted to be in my bed, like, crying. And I did, I cried all the way down to Santa Monica, driving to Santa Monica, and I was like, 'What am I doing? Why am I doing this?'"

Berry opened up to Vogue in 2010 about her heartbreak in the wake of her split from Gabriel Aubry, father of her now eight-year-old daughter Nahla. "It's just that you realize you are not meant to go the distance with everybody. We were meant to bring this amazing little person into the world. And I think that's why we came together. And because of that, we are going to be together, forever, all three of us. We are a family until we are not here anymore," determined to keep things civil with Aubry for her daughter's sake.

Our hearts broke right along with Jen Aniston during the painful end to her marriage of 5 years to Brad Pitt. "You don't want to feel that when a marriage ends, your life is over. You can survive anything. Compared to what other people are surviving out there in the world, this is not so bad, in the grand scheme of things...But sh*t happens. You joke and say, 'What doesn't kill you makes you stronger,'" she said candidly to Vanity Fair back in 2005.

Katy Perry spoke out about the harsh truth of her broken one-year marriage to Russell Brand and how it inspired her music: "I was in bed for about two weeks. I was pretty f--ked, yes. It hurt a lot—I got a good knock," she said in 2013. "What I wanted to call this record [Prism] at first was Adult Reality because Teenage Dream was so high on that cotton candy cloud, and then it's like I got punched in the face and kicked down the stairs a couple of times. So I had to face the reality that things are not always on cloud nine."

Even America's sweetheart has felt the pain of heartbreak after her almost decade-long marriage to Cruel Intentions costar Ryan Philippe. She spoke to Elle shortly after her divorce in 2009: "When people get in your face and say, 'This will pass,' you think, 'Are they crazy? I'm never gonna feel any better than I feel right this minute and nothing's ever gonna make sense again.'" But she gives the best solution to coming out of a heartbreak stronger than ever. "[You have to] look at yourself and go, 'What part of this do I need to own? Which part of this is my responsibility?' And that's the painful work that you have to go through to hopefully get some real life knowledge out of it."

Next
The Most Popular Movie the Year You Were Born 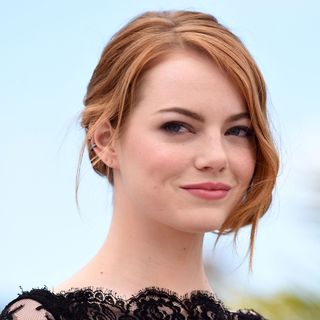