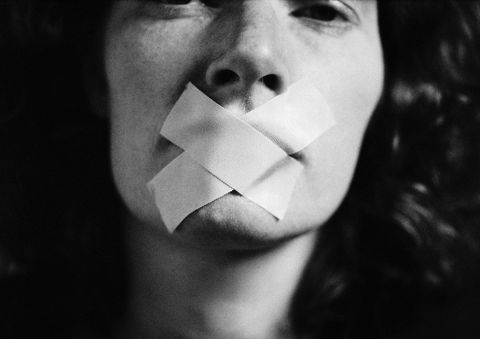 When you write about feminism online, one of the unfortunate—and unfortunately common—results is abuse from the internet's less enlightened individuals. Women who write about their own rights can face hate mail, Twitter tirades, and even threats against their personal safety. But what happens when the trolls get called out?

Seattle-based writer Lindy West decided to find out, and the result was pretty amazing. West, who contributes to Cosmopolitan.com along with GQ, The Guardian, and Jezebel, writes about feminism and pop culture, and often the intersection of the two. She's no stranger to online harassment—really personal, really vile harassment—but one time it went too far.

Back in 2013, West got a Twitter message from her recently deceased father. An online troll had done an insane amount of research in order to impersonate him on Twitter and over email—and it pushed West to the breaking point. "I did what you're not supposed to do," she said. "I fed the troll."

She wrote about how much the troll's prank had hurt her on Jezebel, and the unthinkable happened: He reached out and apologized. "It finally hit me," he wrote in an email. "There is a living, breathing human being who's reading this shit. I'm attacking someone who never harmed me in any way and for no reason whatsoever."

West contacted the troll over the phone, and their call was recorded for a recent episode of This American Life. Emotions ran high, and it's truly worth a listen. Check it out here.

My Week Living as Mark Zuckerberg

The Women Who Make Money Through Extreme Internet Schemes

This content is created and maintained by a third party, and imported onto this page to help users provide their email addresses. You may be able to find more information about this and similar content at piano.io
Advertisement - Continue Reading Below
More From Culture
'Squid Game' Season 2: Everything We Know
How to Join Marie Claire's Virtual Book Club
Advertisement - Continue Reading Below
Read an Excerpt From Lisa Jewell's Latest Mystery
Talk Race & Friendship With 'We Are Not Like Them'
'The Great British Baking Show' Is Back!
Let's Get to Know 'Sex Education' Newbie Dua Saleh
The 'Squid Game' Ending, Explained
'NPS' Director Just Teased a Second Season
Iconic Fall Movies to Get You in the Spirit
The "Berries and Cream" Trend on TikTok, Explained