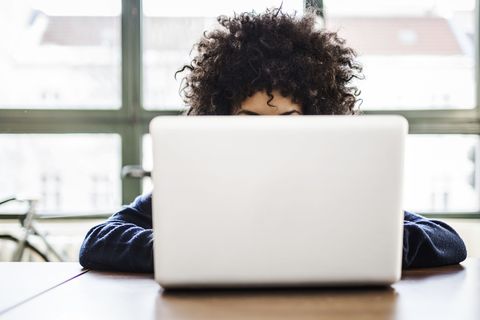 Google doesn't have the power to remove the intimate pictures from the sites on which they live, but the search engine is looking to do its part by at least making them difficult to find: "We know this won't solve the problem—but we hope that honoring people's requests to remove such imagery from our search results can help."

In coming weeks, Google will update the blog post with a link where users can submit requests to remove any sexually explicit images that have been shared without consent. The company follows in the footsteps of both Twitter and the social forum site Reddit, which launched its policy in response to the multiple celebrity nude photo scandals that have affected hundreds of Hollywood stars in the past year.

This content is created and maintained by a third party, and imported onto this page to help users provide their email addresses. You may be able to find more information about this and similar content at piano.io
Advertisement - Continue Reading Below
More From Culture
Did Princess Diana Really Dance to 'Uptown Girl'?
'Bachelorette' Frontrunner Brendan Is an Actor
Advertisement - Continue Reading Below
Everything We Know About Matt James
Zac Clark Could Be a 'Bach' Frontrunner
It's Been a Weird Year for 'The Bachelorette'
Who Is Noel Fielding's Partner, Lliana Bird?
We Can't Get Enough of These Jennifer Lopez Films
28 Movies With Super-Romantic Sex Scenes
Was Princess Di in Love With Her Bodyguard?
40 Things You Probably Didn't Know About 'Glee'