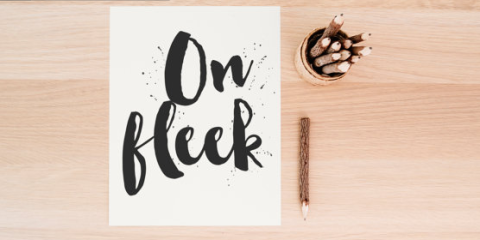 There are two types of people in the world: the ones who confidently employ Internet terms IRL and the ones who are apprehensive to incorporate them into their vocab in fear of saying them incorrectly.

Well, whether or not you know how to properly use "digital citizen" or "Mx" in a sentence, there's good news. The most important online slang from 2015 is being added to the dictionary—meaning validation for those who are fluent in "fleek" and enlightenment for those who aren't. YAAAS!

Dictionary.com, which is arguably just as relevant as Merriam-Webster's these days, will be adding a long list of new words to their database on November 11—several of them with viral roots. The full list is still unavailable, but a number of web-inspired definitions have already been released. Here are a few of the gems that have been deemed worthy of scholarly interpretation:

Advertisement - Continue Reading Below
More From Culture
Ryan Murphy's Producing a Love Letter to Hollywood
This Is When the 'Love Is Blind' Finale Will Drop
Advertisement - Continue Reading Below
Will Gigi and Damian Actually Get Married?
Princess Latifa's Great Escape
Nobody Can Stop Talking About 'Love Is Blind'
Great New Movies Based on Real Events
You Can Now Take a 'Love Is Blind' Vacation
The Best New Music of 2020 (So Far)
Will Hannah Ann Sluss Be the Next 'Bachelorette'?
The 13 Sexiest Movies on Netlfix