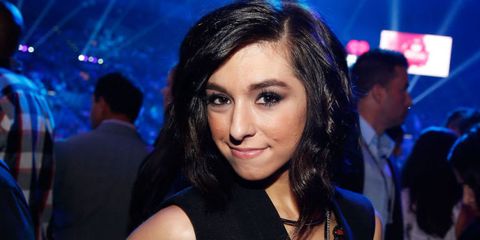 Chilling new details about Christina Grimmie's killer have surfaced less than one week after the singer's death. Kevin Loibl, the man who fatally shot Christina after her concert in Florida last Friday, was so infatuated with the singer that he received hair transplants, had Lasik eye surgery, and went on a vegan diet to lose weight, his co-workers tell TMZ. According to the group, who worked with Loibl at Best Buy, the 27-year-old listened to Christina's music, and talked about marrying her. He apparently went to Christina's show in March and "hinted" that he had met her. He also made claims that the two had played online games, something a source close to Christina has disputed, TMZ says. The coworkers also tell the site that they had teased Loibl about his infatuation and noted that he would never win her affections because she already had a boyfriend. This reportedly "enraged" Loibl.

Since Christina's death, fans and fellow artists have come forward with an outpour of support, including a GoFundMe page that has raised more than $172,000. Earlier this week, a vigil was held in her hometown of Evesham Township in New Jersey, where her brother Marcus spoke. "She loved this town, she loved this state, she loved singing, she loved the Lord and she loved me and she was my baby sister."

A funeral will be held later this week.