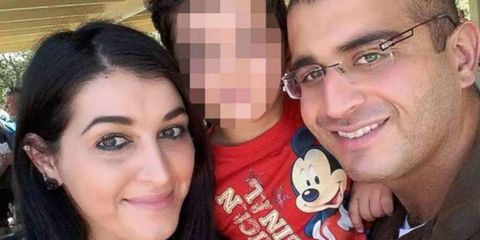 According to CNN, approximately two hours after Mateen began shooting, he texted his wife, Noor Zahi Salman, from Pulse's bathroom to ask if she'd seen the news. She later responded with a text that said she loved him; then began calling him several times after news of the attack became public. CNN reports that Mateen did not answer these calls.

Currently, Zahi Salman might face criminal charges as an accessory in the attack, which left 49 dead and 53 injured. She may also be charged for failing to notify police about the attack, and for lying to federal agents after it happened.

It's unclear at this time how much Zahi Salman knew about her husband's intentions, but she has previously admitted she was with Mateen when he bought ammunition and once drove him to the club to "scope it out."