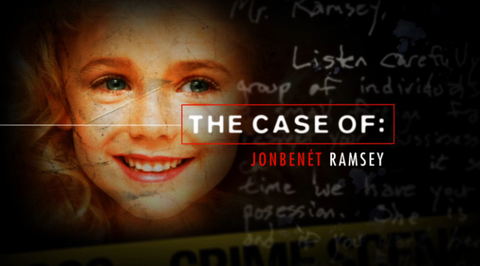 In the 20 years since child beauty queen JonBenét Ramsey was found brutally murdered in the basement of her home, the one piece of evidence that continues to stand out is the two-and-a-half page ransom note JonBenét's mother, Patsy Ramsey, allegedly discovered the morning of her daughter's death.

In a new clip from the upcoming CBS docuseries The Case of: JonBenét Ramsey, a group of investigators delve deep into why the letter simply doesn't fit in with the rest of the narrative for JonBenét's murder—and even go so far as to conclude that it was "clearly staged."

In the video, forensic scientist Henry Lee explains the note was written on a pad of paper from Patsy's desk with a pen that was kept under the phone. He also says the alleged killer practiced writing the note a couple times before settling with what they left behind. This immediately raises red flags for the investigators.

"Whoever wrote this managed to commit a murder, find the pad, find the pen, practice a couple of times because they didn't want to show bad penmanship or something, write it, and then put the pad and pen back to where they normally are kept," retired FBI profiler Jim Clemente says.

The team then decides to try writing the note for themselves to see how long the killer would have spent inside the Ramsey home. They ultimately conclude it would have taken a minimum of 21 minutes—and, as multiple investigators point out, that doesn't include the added time it would take for the killer to actually think up what he was writing down.

"I think we can all agree this letter is clearly staged," Clemente concludes.

This content is created and maintained by a third party, and imported onto this page to help users provide their email addresses. You may be able to find more information about this and similar content at piano.io
Advertisement - Continue Reading Below
More From Culture
The True Crime Podcasts We've Been Hooked On
Zendaya Shared Pics From the Set of 'Euphoria'
Advertisement - Continue Reading Below
Are Chloe and Mitchell from 'The Circle' Dating?
Get to Know DeLessa From 'The Circle'
The Best Korean Dramas to Get You Hooked
Did Beyoncé Really Meet Selena?
How Selena's Sister Honors Her Memory
Get to Know Courtney From Season 2 of 'The Circle'
Meghan Will Release Debut Children's Book in June
Celebrate AAPI Heritage Month With These Leaders