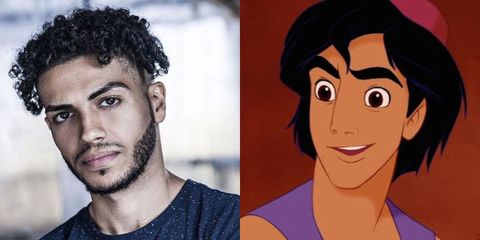 Just a few days ago, reports (that came from outside Disney itself) alleged that the studio was having some trouble casting the main actors for its new live action Aladdin. But the studio appears to just have been waiting for its annual D23 Expo to share the news: Canadian actor Mena Massoud will take on the title role, and British actress Naomi Scott is filling in Jasmine's pointy pale blue slippers.

Will Smith had previously been confirmed to play the Genie.

Massoud was recently cast in the film Strange But True, while Naomi Scott is coming off her role as the Pink Ranger in the new Power Rangers film.