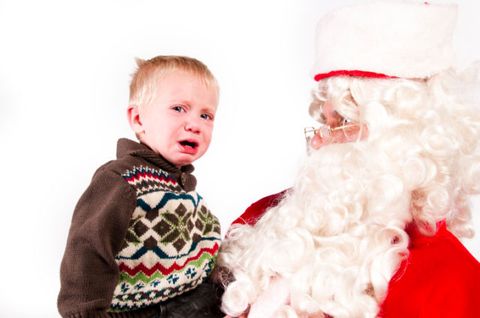 Santa didn't quite make it in time this Christmas thanks to some serious shipping delays at UPS and FedEx. The perpetrator? Nasty weather and a system overload.

The United Parcel Service Inc. reported on Wednesday, "UPS is experiencing heavy holiday volume and making every effort to get packages to their destination; however, the volume of air packages in our system exceeded the capacity of our network immediately preceding Christmas so some shipments were delayed." Neither company reported how many packages were delayed (smart PR move, guys), but earlier this month UPS said they expected more than 34 million package pick-ups daily, starting on December 16th. FedEx handled 275 million shipments between Thanksgiving and Christmas. Yikes.


The Best and Worst Hairstyles of 2013

Topics We Hope Tina & Amy Spoof at the 2014 Golden Globes